MEADOWLARK CONTINUES TO BE HONORED BY ORGANIZATIONS FOR HIS ABUNDANT CONTRIBUTIONS TO MAKING THIS WORLD A BETTER PLACE,
AND BRINGING JOY TO PEOPLE AROUND THE WORLD.

Meadowlark was certainly smiling on the wonderful people at St. Vincent de Paul, and the homeless guests they served on this Special Thanksgiving Day

Meadowlark spoke at St. Vincent de Paul many times over the years sharing messages of Hope and Encouragement to the homeless  through their ‘Never Give Up Program,”  which was created and is hosted by Celebrity Fight Night’s Founder & CEO, Jimmy Walker each week.

The first Meadowlark Lemon Legacy Foundation Basketball Court was donated and dedicated on April 25, 2016 by Celebrity Fight Night Foundation and St. Vincent de Paul on what would have been Meadowlark’s 84th birthday.  The Celebration of Life took place at St. Vincent de Paul Homeless Shelter in Phoenix, AZ where Meadowlark often spoke giving messages of hope to the Homeless encouraging them to “Never Give Up.”  Joining in the Celebration were members of the Basketball Hall of Fame, Harlem Globetrotters, Baseball Hall of Fame and sports world.  Among the many celebrity guests who came out to honor and remember Meadowlark were Lenny Wilkens, Tony LaRussa, Fergie Jenkins, Ann Meyers Drysdale, Devin Booker, Al McCoy, Nick Lowrey, Dr. Jerry Savelle, Kevin Sizemore, Gunnar Sizemore,  Phoenix Mayor Greg Stanton, Brett Meister, the Harlem Globetrotters and more. 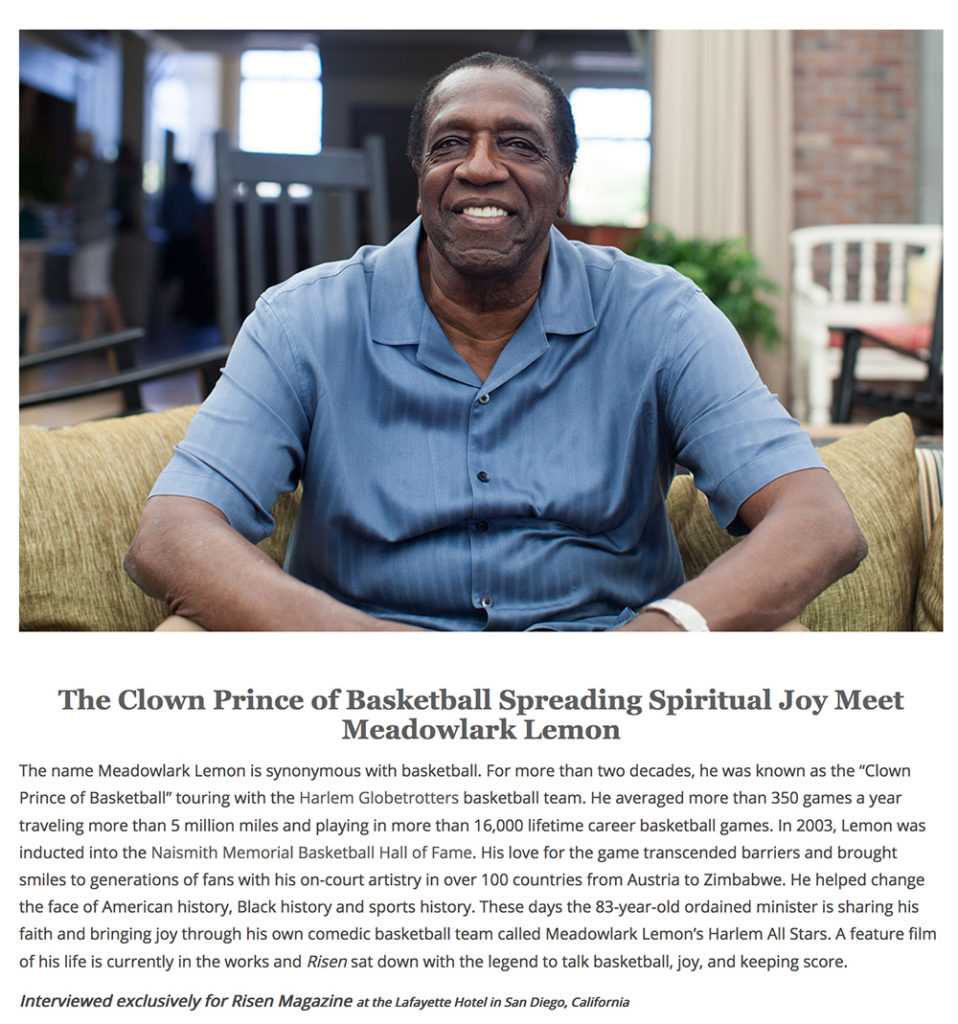 On January 31st, 2016 Meadowlark was honored by his friend Albert Pujols, California Angel and former St. Louis Cardinal, at his Pujols Family Foundation Event which supports children with Down Syndrome.

On April 6th, 2017 Meadowlark was honored by the Arizona Interfaith Movement…an organization whose mission is to build bridges of understanding, respect and support among diverse people of faith through education, dialogue, service, and the implementation of the Golden Rule.

Meadowlark received the Character in Sports Golden Rule Award – for all his joy, selflessness, sportsmanship, humor and entertainment he has brought to millions, as well as being a positive role model for countless young people around the world.

On July 15th, 2017 Meadowlark was honored by NABI Foundation which supports Native American Children at their 15th Annual International Native American Basketball Invitational.  Meadowlark was a longtime supporter of NABI, was close friends to it founders Mark West, previous NBA player and Executive with the Phoenix Suns and GinaMarie Scarpa.  Meadowlark loved spending time with the children on the reservations, believing they were talented and there should be more players in the NBA.